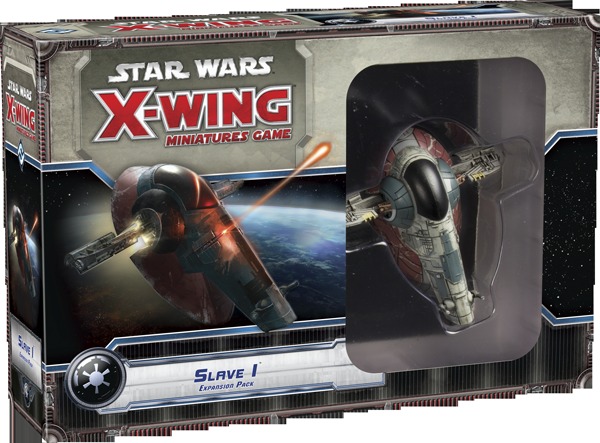 Game description from the publisher:

Originally intended as a prisoner transport, the Firespray-31 gained notoriety through association with some of the galaxy's most fearsome pirates and bounty hunters, including the infamous Boba Fett. The Star Wars: X-Wing Miniatures Game - Slave I Expansion Pack allows players to take advantage of the Firespray's versatile armament and heavy armor plating, as well as a host of deadly new upgrades. Slave I comes with a detailed miniature, four pilot cards, thirteen upgrades, and all requisite tokens. New rules and a new mission further expand your games of X-Wing!